Dr Nigel Hacking, is a senior Interventional Radiologist and leading expert in prostate artery embolisation (PAE). Dr Hacking has pioneered this minimally invasive and non-surgical option for treating the symptoms of enlarged prostate / lower urinary tract symptoms (LUTS). Dr Nigel Hacking is the acknowledged expert in the UK. The article provides an update on this highly promising and now fully recognised new treatment for benign prostatic hyperplasia (BPH) called Prostate Artery Embolisation (PAE). This new therapy will be of particular interest to men who are experiencing LUTS as well as those who have previously received medical or even surgical treatment for this condition that has not proved successful.

The symptoms include the following:

Partial obstruction can ultimately become complete causing acute urinary retention and the urgent requirement for a bladder catheter. BPH is not however a pre-malignant condition. The symptoms of BPH / BPE can have a serious impact on quality of life.

Traditionally, BPH has been managed with lifestyle changes and medication in the first instance but if the symptoms progress or become severe then surgery may be required. However, as this is an age-related condition fitness and suitability for surgery is often an issue. The process by which the prostate begins enlarging starts around the age of thirty and up to 50% of men will show histological signs (changes within the tissues) of BPH by fifty years of age. By eighty years of age this rises to 75% although not all of these men will have symptoms. Symptomatic BPH / BPE occurs in up to 50% of men of middle age or older.

What are the symptoms of BPH /BPE

What are the treatment options for BPH / BPE?

The management of BPH / BPE varies according to the nature and severity of the symptoms. Lifestyle changes and medication (such as the drugs known as alpha blockers and 5ɑ-reductase inhibitors) are used initially. But if symptoms progress despite conservative therapy then surgery may well be suggested.

There are a number of different forms of surgery that will typically be offered depending on the size of the prostate gland, including Trans Urethral Prostatectomy (TURP) and various forms of Laser Prostatectomy (Green light and HoLEP). These procedures involve removing a section of the prostate gland in order to relieve pressure on the bladder and urethra. Urolift and Rezum have recently been approved for men with modest prostatic enlargement. However, minimally invasive thermal ablation using microwave energy (TUMT), radiofrequency (RF) and Water Vapour have not yet gained widespread use.

What is Prostate Artery Embolisation PAE?

Prostate artery embolisation (PAE) is a new technique for relieving the symptoms of BPH / BPE although embolisation has been used for a long time in many clinical settings. In essence embolisation involves injecting tiny particles into the blood vessels supplying the affected areas in order to deliberately reduce or block blood flow. Initially introduced to stem life-threatening haemorrhage it then gained more widespread in blocking the blood vessels to tumours prior to surgery and also for definitive palliative treatment of tumours. It has been used in the setting of prostatic disease for many years either to stem acute or chronic bleeding due to advanced prostatic cancer, and also to control bleeding after prostatic surgery.

PAE has been the subject of several studies since 2010, notably from Sao Paulo, Brazil, Lisbon, Portugal, China and the UK. These studies have been testing the hypothesis that trans-arterial embolisation of the prostate could lead to the death of the blood-rich and overgrown prostatic tissue, which in turn would result in a subsequent reduction in size of the prostate and thereby reduce obstructive urinary symptoms.

How successful is PAE for treating BPH / BPE?

The results of several Randomised Controlled Trials (RCTs) have now been published and in 2017 the results of a 1,000 patient study was presented at the Society of Interventional Radiology (SIR) meeting in Miami. This study included the longest follow-up data, with over 800 patients monitored for 3 years and over 400 followed beyond this time. As in all published PAE studies to date symptomatic improvement was seen in just over 80% of men at 3-12 months, and these improvements were sustained at medium and long term follow-up with cumulative success rate of 78%. 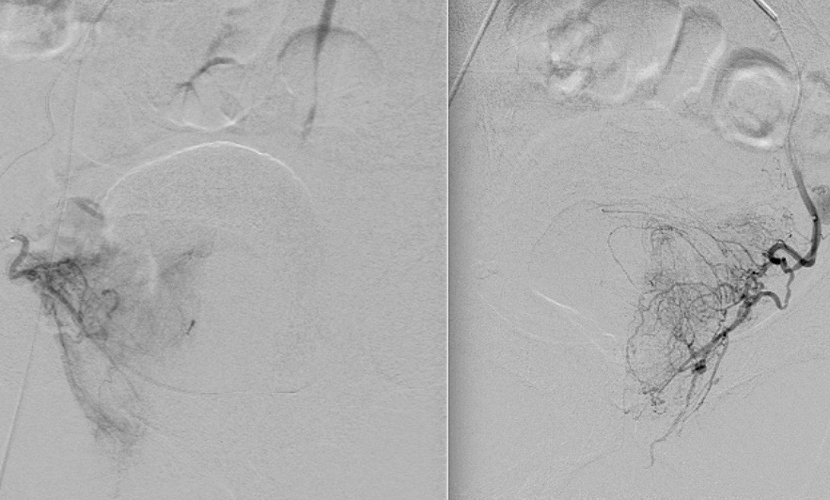 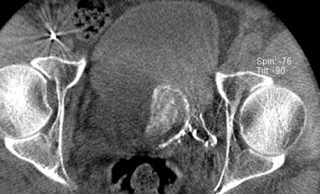 Figure 2. Shows Dyna-CT image of left hemi-prostate acquired during a rotational angiographic study. The microcatheter was placed deep in the left prostate artery (Fig 1b) and contrast injected. No enhancement of the bladder or rectal mucosal gives extra confidence that non-target embolisation should not occur. 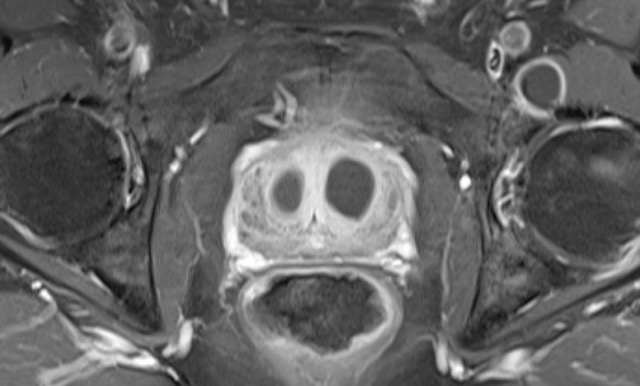 PAE from research to treatment - The UK specialist centres

A carefully Monitored Clinical Introduction in 25 men with proven and symptomatic BPH, not responding to medical treatment was instigated at Southampton University Hospitals in 2012.  The procedure was technically successful in all patients and clinical improvement, although in some cases modest, was seen in 90% of patients. There were no serious complications and post procedural pain was mild to moderate only. In all but exceptional circumstances these were performed as day case procedures.

Dr Nigel Hacking, as the Pioneer of PAE in the UK, was appointed as Chairman of the UK-ROPE Steering committee and it’s Clinical Lead (see below).

Results from the UK-ROPE study

A total of 305 patients (PAE, 216; transurethral resection of the prostate [TURP], 89) were recruited from 17 centres and followed out to 12 months post procedure. PAE produced a 10-point reduction in the International Prostate Symptom Score (IPSS) at 12 months with no significant complications compared to a 15-point IPSS reduction in the TURP cohort. On a 6-point quality-of-life scale, there was a 3-point reduction with PAE compared with 4 points after TURP.

Urinary flow improved by 3 mls compared with 7.5 mls after TURP. P volume was reduced by 28% after PAE. There was also a significant reduction in hospital stay. Over 70% of PAE cases were performed as day cases, whereas 30% of TURP patients spent one night in hospital and 49% spent two nights. A few patients needed even longer stays after their TURP.

Erectile function showed a slight improvement. Retrograde ejaculation was reported only half as often after PAE compared with TURP.

Complications reported to date have been rare and mostly involve minor bruising of the groin. One case of non-target embolisation of the bladder and several minor self-limiting ulcerations to the rectum have been reported in over 2,500 cases; of these, one required surgical bladder repair. Minor again self- limiting penile ulceration has been reported in small numbers.

It is encouraging that the common side effects of TURP, such as transient incontinence, erectile dysfunction and particularly new retrograde ejaculation have not been reported. Unlike TURP and laser prostatectomy, fertility is preserved after PAE and there have been several children fathered by PAE patients reported around the world. The results from this UK-ROPE (Registry of Prostate Embolisation), which was sponsored by NICE, as well as the National Professional Societies of both Interventional Radiology (BSIR) and Urology (BAUS) were published in 2018 and NICE approval for PAE was issued with new Guidelines in April 2018.

To date Dr Nigel Hacking and his team at Southampton University and Spire Hospitals have performed over 400 PAE cases with excellent results. A few patients have shown early symptom recurrence at 3-12 months and have undergone a limited TURP to remove an enlarged ‘Median lobe’. This limited surgery can still avoid the side effects seen after full TURP and this 2-stage procedure may be helpful in some cases.

Due to training issues PAE is not widely available on the NHS, but is available by Dr Hacking privately at Spire Southampton Hospital.

Following a request for an appointment a medical questionnaires will need to be completed prior to consultation. A GP or Urology referral will be required before PAE can be offered. This Urology assessment can be arranged in Southampton or London. 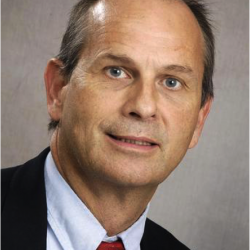