Mr Cyrus Kerawala is a Consultant Surgeon at The Lister Hospital and the Royal Marsden hospitals, London and the Spire Clare Park Hospital, Surrey. During his undergraduate training, Mr Kerawala received 17 awards and in 2005 was awarded the British Association of Oral and Maxillofacial Surgeons Prize for Surgery in recognition of his contributions to patient care. His specialist interests include oral and maxillofacial surgery including head and neck cancer, facial skin cancer and salivary gland disease/disorders.

Mr Kerawala graduated with an honours degree in medicine from St George's Hospital, London before undertaking a second honours degree in dentistry from the Royal London Hospital. He is a Fellow of the Royal College of Surgeons (London and Edinburgh); a Member of the British Association of Oral and Maxillofacial Surgeons, the British Association of Head and Neck Oncologists, and the European Association of Cranio-Maxillofacial Surgeons. Following his medical qualifications, Mr Kerawala undertook five years of specialist training in the Northeast of England and has been on the Specialist Register of the General Medical Council since August 1999.

Mr Kerawala is at the forefront of head and neck cancer surgery and in 2011 carried out the first trans-oral robotic resection of a tumour in the UK. He was also featured in The Times list of Britain’s 50 Top Surgeons of 2011. 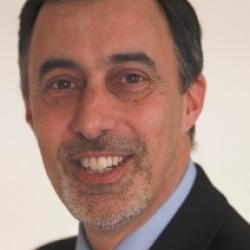