Dr Maalouf is an experienced General Paediatrician and Neonatologist who treats at the Portland Hospital, London and consults part-time at Homerton University Hospital, London (a level III Perinatal Centre with 18 neonatal intensive care cots) which he joined in 1999. At the Portland Hospital he practises both General Paediatrics and Neonatal Intensive Care for newborn infants with a sub-speciality and research interest in the area of Brain Injury in Preterm and Term newborn infants. In addition, Dr Maalouf is the Editor-in-Chief for the medical research journal, Early Human Development.

Dr Maalouf graduated from Dundee University in 1989 (MB ChB) and became a Consultant at Homerton University Hospital in 1999. He achieved his postgraduate Medical Doctorate degree in 1999 with a thesis entitled Brain Injury in Preterm Infants and has published numerous articles in the field of Neonatal Medicine. He is a Fellow of The Royal College of Paediatrics and Child Health and a member of the Neonatal Society and The British Association of Perinatal Medicine.

Philosophical approach to medicine: I listen to what parents have to say and take their concerns seriously as they are the ones who know their own child best. I like to observe and analyse a child’s behaviour before starting an examination. 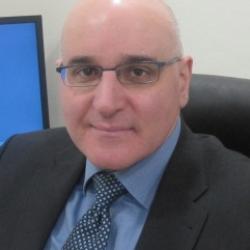