Top Tips for Surviving Cancer - from a Cancer Survivor

“Do you have Hot Flushes?”

Each time I visited my cancer surgeon, he was desperate to offer me advice on how to deal with Hot Flushes. But this was the last hormonal drug side effect that bothered me. For the first time since I caught polio, hot flushes meant I was warm in the winter.

But side effects can be a huge worry to many patients, causing endless trouble, and eventually forcing many patients to give up hormonal drug treatment – even though these expensive drugs are designed to prolong life. Presenting with horrendous side effects, and being told by doctors in Britain that they could offer no solution, eventually led me to setting up a web site called Having Fun After Cancer.

At first my cancer treatment was a doddle. Five days after diagnosis I had a lumpectomy. Radiotherapy started a few days later, and again no problems - except fatigue.

Then my Oncologist handed me a packet of Tamoxifen pills and said: “Take one a day”.

And that’s when the problems started.

Tamoxifen is a miracle drug, depending on how you define ‘miracle’. Within a week I woke up blind in my right eye; my oncologist said he had never seen this before, and it “couldn’t be due to Tamoxifen”.

Luckily Reverend David Brown (ex Senior Chaplain at the Royal Marsden), came to the rescue. He had been on the original Ethical committee that approved Tamoxifen, and reassured me that the clinical trials had reported mine as a recognised side effect. He suggested I visit a French Opthalmologist, Dr Michel Guillon, who is based near Sloane Square, London. After an hour’s examination it was obvious to me that Guillon knew his stuff, so when he told me sight would return in about two months I believed him - and it did.

A week later I woke up in the midst of blood-stained sheets. My body had broken out overnight in a mass of peeling skin lesions, so I dashed off to hospital. Nurses peeled off layers of skin, then told me to use Aqueous cream or E45; this proved useless on my skin.

So I went to see the Professor of Dermatology at the Royal Marsden Hospital, it wasn’t his lucky day. Asking if I minded if he examined me in front of his students, he gave my naked body a cursory two minutes’ glance and announced: “It’s your age”.

He had chosen the wrong person to bully. Previously I had been European Editor of a skincare magazine, so knew that this reaction would not have come about with age – it had to be Tamoxifen. Challenging his diagnosis, I could hear the students were on my side. So could he, so he swept out of the room.

Lessons from France – Not NICE

So it was down to me to sort things out, and I went to France to do it. There, I was slotted in to the excellent healthcare system, introduced to experts on side effects of drugs, and given superb clinically-trialled products.

So here is a ‘shopping list’ of products that worked for me, and some I discovered later on.

1. Evaux Laboratoires – many of their products are currently undergoing clinical trials, being used extensively in French hospitals to treat side effects caused by chemotherapy, radiotherapy and hormonal drugs. Their helpful products include:

2. La Roche Posay is another French company; they make products specifically for dealing with the nasty side effects on our skin- skin lesions, ultra dry skin, etc. Roche Posay has had 21 clinical trials of their products, and is recommended in over 80 countries. I suspect it took a long time to come into Britain because of NICE – but the powers-that-be have obviously decided not to bother with the expense of clinical trials in Britain. As a patient, if a product has been trialled in France, I don’t need NICE (National Institute for Clinical Evidence)!

It came to prominence in World War II, treating people with disfiguring burns. Then it expanded its range, and worked with French cancer hospitals to develop products to treat our problem skin. When I went there, I had an appointment at the central clinic for 1.30 – was assessed, sent to three specialists, given a fantastic massage with the local water that left me with incredibly soft skin, had a massive prescription filled – and was out by 6 pm. The only appointment that had been booked was the one at 1.30, but I was able to see French cancer treatment at its best.

I was given a mixture of their Toleriane and Lipikar range, and Anthelios for SPF 50 factor sun creams.

Recently the company just got too big for the centre to handle, even though they treat 8,000 patients a year, so they sold out to L’Oreal. No change in the products, but the website has been dumbed down, and I can’t find the clinical trials that used to be posted on it. If you contact www.laroche-posay.com they can send details.

3. iS Clinical skincare was developed at Washington Cancer Care Institute, Washington, DC. Alan Kelly, their spokesman, says: “Our products combine ingredients that strengthen cellular health and integrity such as vitamin B3. We utilize proven cancer care preventative ingredients, and offer the safest, most advanced forms of UV protection”.

Products that I have used for different conditions:

When experts in Britain are questioned about why the French live longer post-cancer, they blame patients for waiting too long for Mammograms etc. But a recent survey said Britons are top of the league when it comes to keeping their appointments. Could it be that the reason is because patients in the UK are not helped with side effects from hormonal drugs?

Side effects from Chemotherapy are fairly well handled. Patients are being treated in hospital, so nurses have to deal with these as they happen, otherwise patients are liable to say they don’t want to continue. But once we leave the hospital system, as two ‘token’ patients announced at a NICE conference, “we are abandoned”.

The recent NHS survey into non-compliance for cancer patients came up with the statistic that over 60% of cancer patients don’t take their hormonal drugs. Although there was a rider; the survey reckoned many patients had not been truthful, and have actually come off the drugs, but not owned up.

So if patients aren’t helped, we have two options: come off the drugs, or go to France! As a patient, I had temporary blindness, skin lesions, carpal tunnel syndrome, 7-hour heart operation, osteoporosis, and currently I am dealing with painful, peeling, splitting nails which make even shaking hands and dressing painful.

Please – if you want us to live longer, we really do need informed help. It shouldn’t be down to patients to have to find their own solutions.

At La Roche Posay they see over 8,000 patients a year with skin problems. There, after a thorough examination they confirmed my lesions were a reaction caused by Tamoxifen, and loaded me up with wonderful clinically-trialled products that swiftly got my skin back into order.

So, loaded down with copies of clinical trials, and lots of samples, I turned up at my London hospital; but was told they couldn’t possibly recommend ‘commercial products’. But ….aren’t drugs commercial?

Intrigued, I thought that others might not know what I had found out – so set up a website giving details of the treatment I had had in France. I called it Having Fun After Cancer, as in my quest to sort out side effects I had met nice people, been given massage and other gorgeous treatments, and had a cupboard full of wonderful skincare.

Within a few days the website started to roll – and I now have ‘viewers’ from 145 countries. I found out that cancer societies in places such as Lithuania, Faroe Islands, American cancer hospitals and even a medical centre in the middle of an offshore oilfield were recommending the site – and I became email friends with some fantastic people heading up departments in world-famous cancer centres.

According to NHS surveys, Britain has a remarkably high non-compliance rate with hormonal drugs. Time and time again when I talk to breast cancer survivors, they say “I don’t take the pills any more – but don’t tell my doctor”. These are chucked in the bin - what a waste of NHS money.

But one can’t blame the patients as we don’t get help. One cancer research site says: Side effects

Report any rashes or itching to your doctor

If your skin gets dry or itchy, smooth in a little moisturising cream to relieve it

A little!!!!!! As I found out at Roche Posay, we have to use creams three times a day at first, until our skin gets back to normal, then it is EVERY day – and back to more frequent applications if we have a recurrence.

So, I decided that I could repay some of the excellent surgery and radiotherapy treatment, by telling others of clinically-trialled products that are available. 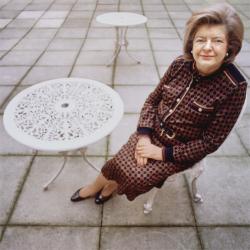