What is a cataract?

A cataract is where the natural lens in the eye, which should be transparent like an ordinary window, becomes cloudy, like a bathroom window. When the cloudiness causes symptoms, surgery is necessary. Surgery for cataracts has improved steadily over the past few decades, and such is its safety and success rate that it has become the most common surgical procedure in the UK. 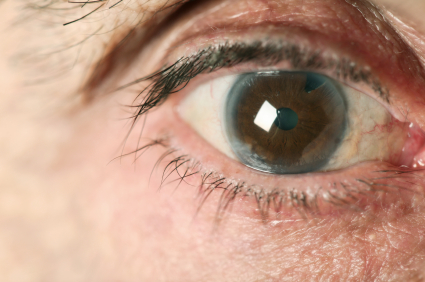 Cataract typically occurs in both eyes, although there may be one eye worse than the other. As such, most patients want both eyes corrected. There is excellent scientific evidence that having second eye surgery gives a significant benefit over having just one cataract operation. Historically, it was argued that the first eye had to “settle down” before the second eye was operated on. However, this has a number of disadvantages. The episode goes on much longer, typically by an extra month (in private practice, much longer in the NHS), and until both eyes have been operated on and settled down you cannot get any spectacles changed. There are also the extra visits, at least two and perhaps more, adding to time and expense! You will need a second admission to hospital, and if required, a second general anaesthetic with its (small) risks. The argument has always been that having both eyes operated on the same day (so called “bilateral simultaneous surgery”) put the patient at risk of infection in both eyes.

The risks of bilateral cataract surgery

This opinion has been increasingly challenged by pioneer elite surgeons. There is a website for the International Society of Bilateral Cataract Surgeons which exists to provide information about simultaneous surgery, and there is a “best practice” document. This group have argued very convincingly that the risk of infection has fallen (from perhaps one in 200 in the 1970s) to less than one in 1000 today. This means that a patient who decides to have simultaneous surgery has a risk of less than one in 1,000,000 (one in a million!) of bilateral infection which is a tiny risk. Some of the calculations give an even lower risk of perhaps one in 20 million. It is important to note that there have never been any reports of bilateral infection when modern techniques and best practice guidelines are used.

The benefits of bilateral cataract surgery

So, against this theoretical risk, what are the advantages? The first is that everything can be sorted by a single visit to the operating theatre. If you require a general anaesthetic, then you only have to be put to sleep once. You will have fewer visits, so there is less disturbance to your life (and less expense!) and the whole episode of visual rehabilitation is much shorter. As part of a cataract operation, we routinely put an intraocular lens implant into the eye to replace the natural lens that has become a cataract. This gives us the opportunity to put peoples’ “spectacles inside their eye”, with aspheric, toric, multifocal, and toric/multifocal lenses available. However, if you wear strong lenses, whilst the idea of getting rid of them may be highly attractive, having a period when one eye sees well without glasses but not the other is a period of unhappiness. I often suggest that this imbalance is a bit like trying to walk with a high heel on one foot and a flat shoe on the other side; not a recipe for happiness! This is not a problem, of course, with bilateral simultaneous surgery.

It is of course impossible for even the most gifted surgeon to operate on both eyes of a patient “simultaneously” i.e. at exactly the same time. This has led to the newer and slightly more cumbersome terminology of “Immediate Sequential Bilateral Cataract Surgery” or ISBCS. This is in fact widely practised, with practitioners in the USA, Canada, Mexico, Spain, Italy, Germany, Sweden, India, Philippines, Finland, and here in the UK, amongst others. In fact, in Finland and parts of Spain ISBCS is the most common sort of cataract surgery! The Spanish government has acknowledged that ISBCS has no greater risk and is a safe technique.

So why is ISBCS a relatively rare procedure in the UK in the 21st century? The NHS is limited by its economic management and is having to slow down delivery of care to match the incoming funding stream. I have the impression that by discouraging ISBCS, there is the expectation that some patients will find the episode of having the first cataract sorted such a challenge (through travel, support for or from family etc.) that they can’t face going through it all a second time. This is of course a “saving” from a health economist’s point of view! Similarly in private practice, most insurance companies consider ISBCS not to be not two operations but 1.25. I personally don’t follow the logic of this beyond the fact that it allows more profits to be paid to shareholders. If a surgeon is going to be paid more for doing the surgery on two different days, there is a perverse incentive not to offer ISBCS to patients.

I have been offering suitable patients ISBCS for over ten years. I have never had a patient regret choosing to have ISBCS, but I have had plenty who regret, in retrospect, deciding to have two operations on separate days. It has been a pleasure to see my colleagues and trainee surgeons adopt the procedure. I always allow patients the choice of whether to have ISBCS or two operations on different dates, and I have to be satisfied that the patient understands the risk of infection in both eyes, no matter how remote the risk. However for suitable patients, not only is there the pleasure and convenience for the patient of having a rapid visual rehabilitation, but I get a particular professional satisfaction from having “sorted the whole patient” rather than only dealing with half of the problem.

I expect ISBCS to slowly become more popular, but I expect to have retired before it is recognised for what it is; a safe and effective way of delivering the best health care to patients with cataracts. 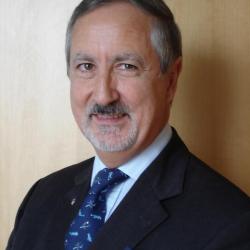 How to prevent cataracts from getting worse

Statins - The 'Ayes' Have It