A Fresh Pair of Eyes

Having been a consultant ophthalmologist for over 25 years both in the NHS and the private sector and an adviser to four of the world’s leading eye care companies, I’ve been involved in the development of a whole raft of new techniques and procedures from small incision lens surgery to a range of foldable intraocular lenses. During this time there has been one particular development that really stands out as an exciting breakthrough as it has the potential to offer the estimated 23 million people in Britain suffering from presbyopia a genuine answer to the daily grind of being reliant on glasses.

Presbyopia is caused by an age- related loss in the elasticity of the natural crystalline lens. A young crystalline lens has elastic properties making it highly malleable and easily moulded to enable clear near vision. The consistency of the lens changes with age and it becomes harder and thicker, making it increasingly difficult to adjust the shape of the lens. Laser eye surgery is currently not an option for treating presbyopia as it reshapes the surface of the cornea and cannot make the lens more flexible.

This intraocular lens was originally developed to treat cataracts – the world’s leading cause of treatable blindness. It has proved highly successful over the past three years in allowing cataract patients to see clearly at all distances, and it has just received European CE approval to treat other vision disorders such as presbyopia. The ReSTOR uses a combination of three complementary technologies:

The combination enables patients to have clear near and distance vision as well as functional intermediate vision. The central 3.6mm of the 6mm lens has a zone made up of a series of apodized (or graduated) diffractive steps which are formed in a circular pattern.

Apodization, which is a gradual decrease in step heights creates a smooth transition of light between the distant and near focal points. This technical breakthrough allows a blended transition between far and near vision and reduces the potential for glare, halos and other visual disturbances. It improves image quality by optimising light energy delivered to the retina by distributing the appropriate amounts of light to near and distant focal points regardless of the lighting situation.

As the ReSTOR does not rely on any mechanical movement of the ciliary muscles to see objects at near, intermediate and far distances, it’s proving an ideal solution for presbyopia patients. 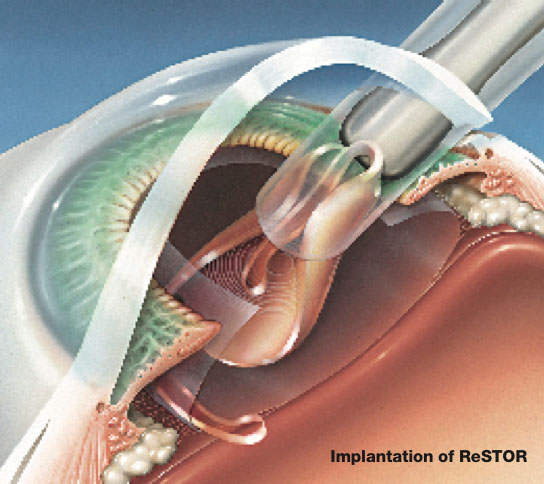 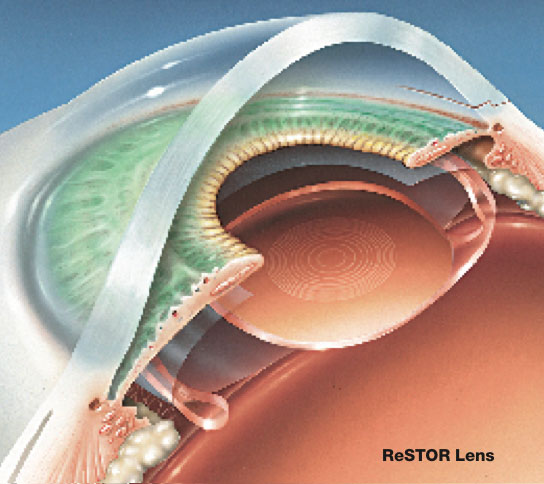 The treatment is similar to cataract surgery and is usually performed under local anaesthetic with the patient awake during the procedure. During the operation, which typically takes around 15 minutes per eye, a very small incision is made at the edge of the cornea. A tiny probe is inserted into the eye and the existing lens is gently broken down by vibration at ultrasonic frequencies and removed. The lens is then folded and injected through the tiny incision. Once in place the lens unfolds into the correct position and remains permanently in the eye. The incision is so small and self- sealing that stitches are rarely required and the patient should return home the same day.

Since October 2003 I have treated just over 300 patients with the ReSTOR, the majority of whom had undergone treatment to correct cataracts. Of these patients 90% no longer need to wear glasses following their surgery, which is a fantastic result and one that is mirrored by most other clinical studies. Had I used one of the more traditional monofocal lenses that only allow clear vision at one focal length, I believe that figure would be dramatically reduced to around 20% at best.

Although the ReSTOR has only just received CE European approval for the treatment of presbyopia, I recognised very early on that it was significantly better than its predecessors.

In addition to offering spectacle independence, I have found the ReSTOR really makes a difference to patients’ lives. In a recent survey I asked 50 of my patients for whom I had follow-up data for more than one year, to rate their visual performance in a series of activities such as reading, working with the computer, playing cards and driving on a scale of 1 (very poor) to 7 (very good).

The long-term data gained from the study, which I presented at the 2006 annual meeting of the European Society of Cataract and Refractive Surgeons, indicated that bilaterally implanted ReSTOR lenses are a good option for patients who are motivated to gain spectacle independence in a wide range of activities.

From the 40 that responded fully, a gratifying 88% of patients scored a 6 or 7, indicating that they would recommend the treatment, with no patient marking less than a 4. The results for both distance and near vision approached 7 in bright light and were acceptable in the good range for dim light. Meanwhile most of the patients who play cards – and they were the majority in the group – found they had no problem doing so without spectacles.

In order to consistently achieve patient satisfaction it is essential that sufficient time is dedicated to pre-operative counselling to ensure that patients are not only screened effectively but also understand the likely outcomes. The ReSTOR is unfortunately not suitable for everyone – particularly those people who do not have a desire to be free from their glasses. Some people feel glasses are part of their personality.

The group of people that particularly benefit are those that are presbyopic hyperopes requiring glasses for both reading and to see clearly in the distance. High myopes with appropriate informed consent as to the potential long-term risks of lens surgery are another group that does very well with the ReSTOR. It is not recommended for those who are short-sighted and read well without glasses unless they particularly want to be completely free from their glasses. This is because patients may feel that although their reading vision is very good with the ReSTOR it is not as precise as their preoperative unaided reading vision.

While the treatment costs between £2,500 and £3,000 per eye, I am aware from talking to my patients, who are typically in their fifties, that they change their glasses every two years and spend on average between £300-£500 on each pair of spectacles. It would therefore not take long to recoup the fee and once you have received treatment with the ReSTOR your vision is essentially going to remain unchanged for the rest of your life. You also have the added value of not having to wear glasses, which is a major benefit as my patients have so willingly testified. 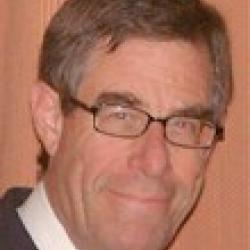 How to prevent cataracts from getting worse

Statins - The 'Ayes' Have It

The blight to the blind on World Sight Day

Front of eye surgery (presbyopia) in London. No need for glasses.