The use of tailor-made, smaller instruments in laparoscopic (keyhole) surgery means the surgeons can:

Keyhole surgery in the abdomen is known as laparoscopy. This involves operating through tiny incisions with the help of a telescope and TV monitor. Over the last 20 years laparoscopy has replaced many traditional ‘open’ operations. This is due to the distinct advantages laparoscopy has for patients, such as:

While keyhole surgery is now readily available to adult patients for these reasons, it is not so readily available to children and infants, even though the advantages are just as relevant to this population. The surgery is technically demanding and takes patience, time and determination to master. Some surgeons have not been trained in this technique or have not learned the necessary skills and a small number of surgeons do not have the required hand-eye co-ordination.

However, thanks to developments in training and equipment almost all surgical conditions in the abdomen in children can be treated by keyhole surgery. Procedures that are appropriate for this type of minimally invasive approach range from common conditions such as inguinal hernia repair, to rarer conditions such as fundoplication for acid reflux. In this article I will discuss several conditions that can, and some that should only, be treated by keyhole surgery and describe the associated advantages to the child.

Both boys and girls often present with groin swellings known as inguinal hernias. A hernia is the protrusion of an organ such as the intestine or ovary through the abdominal muscles, and an inguinal hernia appears as a bulge in the groin. To fix the hernia by keyhole surgery involves a small incision at the umbilicus which acts as the entry point for the camera and two tiny cuts on each flank. The umbilical incision is for the miniaturized camera / telescope and the two side incisions are for the working instruments, in this case a forceps and a needle-holder. The hernia defect is closed with a stitch, somewhat like closing the top of a purse by pulling the string. Sometimes there is a potential hernia on the other side, which has not yet developed in to a groin swelling, and this can be proactively ‘fixed’ at the same time. The older, traditional operation for inguinal hernia involves a larger cut in the groin skin and muscle. The hernia is then peeled from the sperm duct and vessels of the testicle (in boys) and sutured closed. So, the advantages of the new, keyhole technique include the following:

This is the commonest reason for emergency surgery in children. Treatment consists of antibiotics and surgery - appendicectomy. Laparoscopy allows the surgeon to confirm the diagnosis and remove the inflamed appendix. Traditional ‘open’ surgery involves a bigger incision in the abdominal wall with resulting discomfort and potential for infection.

These are not as common in children as in adults and tend to be associated with blood disorders such as Sickle Cell disease. The gold standard operation for removing the gallbladder (and stones) is laparoscopic cholecystectomy, whereby the gallbladder is dissected from it’s bed in the liver and removed from the body. Again, this minimally invasive approach allows quicker recovery and leaves only tiny scars rather than bigger, unsightly scars associated with traditional surgery.

In certain cases it is necessary to remove the spleen in children with blood disorders. Laparoscopic splenectomy is safe and has all the usual advantages of keyhole surgery.

Children occasionally have very severe vomiting (gastro-oesophageal reflux disease), which causes chest infections and failure to thrive. Mostly, this can be treated with medicines, but an operation is sometimes needed. The operation is called a fundoplication and the safest option is to perform this procedure using keyhole surgery. The operation involves wrapping the top of the stomach (fundus) around the oesophagus to create a valve. The resulting structure prevents the reflux of acid from the stomach.

Minimal access surgery, such as the laparoscopic procedures mentioned above, is now accepted as the best and safest way to operate on babies and children. This special group of patients has their whole lives ahead of them and there is no longer any need for them to have to live with the scars of ‘open’ operations performed in their childhood. 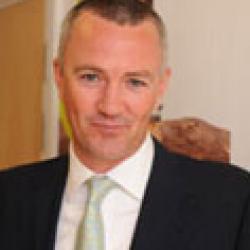 Taking heartburn drugs in pregnancy may lead to asthma in children

Eating and drinking too much? Here's how to cope with hangovers and heartburn

Done yourself a Groin Injury?

IBS or Reaction to Gluten?

Is keyhole heart surgery right for me?