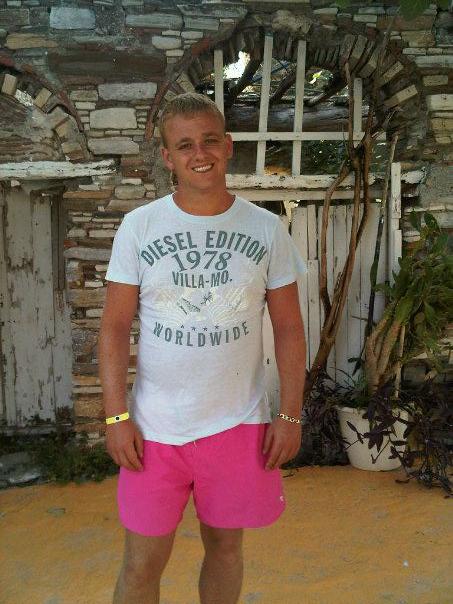 Back in October 2002, I was a 19 year old guy who had recently been released after playing at professional football clubs for the previous six years. I was enjoying life and finding my feet in a new career in advertising.

I was playing football one Sunday afternoon in a local league, looking forward to heading up to Leeds to visit friends for a few days that afternoon, when I went up for header. Upon landing, a defender ran into me with his knee raised, wham, straight into my stomach area. I felt badly winded and so I hobbled off. Later, as I was getting ready I remember feeling worse  but I decided to continue my journey up to London.

On the train I started being sick and throwing up bile and I realised thatI was in a bad shape, but carried on to London St Pancras (how ironic!) station. I collapsed there and was rushed literally 100 yards to the Middlesex Hospital (via one night in the Jupiter ward, which I understand is for patients in a very bad way) and put under the care of Mr Russell and Mr Shankar.

For the first couple of months I found it extremely difficult to move without extreme pain as my pancreas had a large tear and the fluids were leaking into my body. I had numerous tubes inserted to drain the fluids and was nil by mouth (for five of the six months in hospital). My confidence had hit an all-time low and I felt like a needle board as ever more cannulas were placed in me. I could feel the life draining from me as my weight plummeted to 6 ½ stone.

The staff at the hospital were fantastic and kept my spirits up. They told me to laugh, keep joking, keep fresh etc. It was so hard to keep positive, but I was lucky and able to find a level of myself I never knew I had. I decided to fight it, and do exactly as Mr Russell and Mr Shankar said and get better. By 20th December 2002 Mr Russell decided that I could be well enough to go home. This lasted three days before my pancreas had split again and I was rushed to Darent Valley Hospital, Kent. They soon realised the extent of the injuries and I remember saying “You must call Mr Russell and Mr Shankar at the Middlesex”. Within ten minutes I was put in an ambulance.

Once there (on Christmas Eve now), I truly believed I was finished and was more depressed than ever as Mr Russell informed me that major surgery, a right pancreatectomy, was on the cards and soon. I was elated, scared, worried and eager, all at the same time. All the while I was fading more and more until the day I received a phone call from a very good friend who was suicidal. I remember talking him round and telling him everything that I went through, the large incisions, the catheter, the pain that I can only describe as a constant labour of weeks/months on end. We ended the most emotional call of my life with him heading to London to see me.

On January 6th, the operation to save my life was performed. Once inside, Mr Russell and Mr Shankar discovered that they could perform a procedure called a central pancreatectomy which had only been performed on two other people. The ‘split’ pancreas basically being joined by the head of the duodenum. It was a tricky seven hour operation but it meant  that after a long recovery I would be able to lead a normal life.

Once awake, my confidence level soared as although in immense pain I watched the tubes disappearing one by one and the bleeding lessening. Honestly, after the surgery I’d never been so happy to go to the toilet as it was another indicator things were on the mend. So much happened but eventually I was well enough to eat. After all that time even basic stock soup, watery as anything, tasted like a fine dinner at the Ivy!

The day came for me to go home on March 16th 2003,  the day before I turned 20. It was touch and go, but home I went after tricking my ten year old brother into thinking that I was escaping.

Now I’m a 13 stone footballer again, fit as a fiddle and so incredibly thankful for the fantastic work that the team of medical staff did for me! 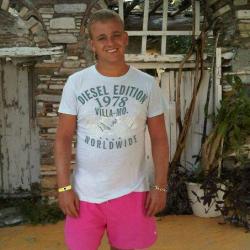