Symptoms and management of gallstones

Gallstones
Mr Jonathan Wilson, Consultant Laparoscopic Colorectal and General Surgeon at The Whittington Hospital and The London Clinic, explains the symptoms of gallstones in detail and describes the diagnostic tests that you may have to confirm that your gallbladder needs to be removed. He also compares open gallbladder surgery with the newer laparoscopic technique, highlighting the benefits for patients.

Introduction to Gallstones and treatment

Gallstones are abnormal deposits that develop in the gallbladder, the small pouch that sits just under the liver. The gallbladder’s main function is to store bile, the bitter-tasting green fluid that is released into the small intestine to assist with fat digestion. The stones themselves can be small, large, numerous or there can just be one gallstone (this is known as a ‘solitaire’). Many people have them and never know as the stones do not cause problems.

When they do start to cause signs and symptoms, gallstones need to be removed, which almost always means removing the entire gallbladder. This is now done routinely using laparoscopic or keyhole surgery.

Understanding the symptoms that gallstones cause

The presence of stones in the gallbladder does not, in itself, cause pain or other symptoms. If a small stone attempts to exit the gallbladder and gets stuck either in the neck of the gallbladder or in the bile duct, the narrow tube that takes bile into the small intestine, this acts as an irritant. The muscular gallbladder attempts to unblock the system by rhythmically contracting and squeezing, causing colic. Inflammation of the gallbladder wall, a condition called cholecystitis, can then occur; the pain becomes more continuous and is often accompanied by systemic upset such as fever and dehydration. Associated symptoms include:

·         Biliary colic: severe pain in the upper right of the abdomen, just below the ribs. The pain often starts after eating a meal with a high fat content. It can radiate to the tip of the right shoulder blade and can persist for several hours. The longer the pain lasts, the more likely the gallbladder is to become inflamed.

·         Vomiting: in severe attacks, an attack of biliary colic can lead to vomiting. This is not usually prolonged and patients usually feel better when their digestive system is emptier.

·         Dehydration: if you are vomiting and you cannot keep any fluid down when you drink you can become dehydrated quite quickly. This can cause headaches, lethargy and disorientation.

·         Jaundice: when the bile duct becomes blocked, bile cannot escape. The pigments in bile, which are waste products produce by the liver, end up in the blood and turn the tissues yellow. This can be seen in the skin in severe cases but mild jaundice is usually only noticeable in the whites of the eyes. The urine may also turn dark brown and the stools become pale.

Upper abdominal pain, nausea and vomiting have many other causes such as viral gastritis, acid-related stomach problems, so an accurate diagnosis is essential.

The first port of call is your GP: he or she will want to ask you about when and how often your symptoms have occurred, along with any obvious precipitating or relieving factors. The location of pain and any radiation is important. You will probably also be referred to a Consultant General Surgeon or a Gastroenterologist for diagnostic tests and a specialist opinion.

Your own doctor will examine you to see if they can detect tenderness over your gallbladder. This is done by gently pressing on the upper right side abdomen, just under the ribcage. Your temperature will be taken and your heart rate will be measured.

Your GP will then arrange for your blood to be taken so that blood tests can be carried out to find out whether your liver has been affected (liver function tests), or if the gallbladder has become inflamed (white cell count and C-reactive protein [CRP] test). Pancreatitis can also be detected by measuring serum amylase.

This will usually be performed in the hospital. An ultrasound investigation is a painless and very efficient way to detect the actual gallstones. It involves passing a jelly-lubricated probe over the abdominal wall and images can be viewed on a screen. Because they are hard and solid, the stones show up very well on the scan. This confirms the diagnosis and also informs the ultrasonographer of how many stones are present, how big they are and whether any stones are causing a blockage. The test takes about 15 minutes.

This is specific imaging to provide even more information about the position, number and size of the gallstones and to reveal the presence of stones in the bile duct. Nowadays this is performed as a non-invasive MRI scan (Magnetic Resonance Imaging) and is known as a MRCP (Magnetic Resonance Cholangio-Pancreatogram). This involves lying still and passing into a tunnelled machine, which takes detailed pictures of the inside of the abdomen.

If there is a stone in the bile duct, a more invasive ERCP (endoscopic retrograde cholangiopancreatogram) is required. In this test, a flexible camera is passed through the throat into your stomach under sedation, through to the exit point of the bile duct and small tools are used to release the blockage and free the stone.

Thirty years ago, having your gallbladder removed meant a major open operation with three or four days in hospital and then recovery at home for several weeks. An open operation requires an incision that is typically 15 cm (6 inches) long; the surgeon needs to cut through the skin and underlying muscle to be able to access the gallbladder. These muscles take time to heal up and recovery can be quite painful.

Of the 60,000 people in the UK who have their gallbladders removed today, the majority have a laparoscopic operation known as a laparoscopic cholecystectomy. This is just as effective as the open operation but it is much easier to cope with. Your surgeon uses instruments with a camera inside your body, so no large incision is needed.

Typically, four small incisions, the majority less than 1cm, are made at different points in the abdomen to allow access for the instruments. While you are under general anaesthetic, your surgeon works using images relayed to a large screen in the operating theatre.

Evidence for the benefits of laparoscopic cholecystectomy

A meta-analysis, a large study looking at other research done over several years looked at the experiences and outcomes from over 5,000 patients who had either had open gallbladder surgery or laparoscopic surgery.

This provided strong evidence for the benefits of having laparoscopic gallbladder surgery:

Laparoscopic gallbladder surgery is now accepted as the best option for most patients; if you are not suitable and need an open operation, your surgeon will explain why. 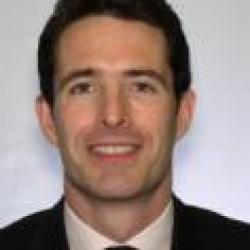