Mr Jonathan Hyam is a consultant brain and spine surgeon and President of The Royal Society of Medicine’s Clinical Neurosciences Section in 2021/2022.

After completing his training at Queen Square, UCL Medical School and at Columbia University’s College of Physicians & Surgeons in New York, as well as winning several prizes and sponsorships, Mr Hyam has gone on to be awarded a PhD at Oxford University studying stereotactic neurosurgery.

Jonathan Hyam was also awarded the prestigious Arris & Gale Lectureship from the Royal College of Surgeons of England, (previous recipients of this award include Sir Alexander Fleming).

Mr Hyam has received numerous national and international prizes and honours including America’s Congress of Neurological Surgeons’ Resident Prize for Stereotactic & Functional Neurosurgery which was awarded in Washington, DC.

Mr Hyam’s neurosurgery research has been published in prestigious international journals including The Lancet, Nature Reviews Neurology, and The Lancet Neurology.

He is also a specialist advisor to the National Insitute of Clinical Excellence (NICE) on behalf of the British Society for Stereotactic & Functional Neurosurgery. He provides clinical and technical guidance on treatments across the country for conditions such as headache, facial pain, movement disorders, and spinal pain.

Minimally-invasive or incision-less surgery whenever possible

Why did you chose this particular specialism?

One example is watching severe, disabling tremor get better in front of our eyes during stereotactic surgery

Take time to decide what is best for you. 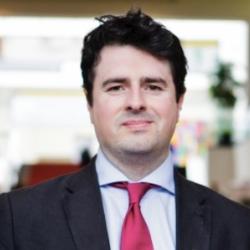