He graduated from Edinburgh University (MB ChB) in 1977 and trained in Plastic Surgery in London. He gained further experience in Paris, California, and Tokyo.

He has developed a number of new techniques and devices, many of which are now in use worldwide.  He designed a flush-out kit to save limbs when chemotherapy drugs leak out of veins, and in conjunction with the Swansea Institute, he developed the Depilation (hair-removing) Laser.   Most recently he has worked on new Plasma Skin Regeneration technology to improve the appearance of ageing skin. His idea for the Ear Buddy, a device to correct children's prominent (bat) ears at birth, came when his own son was born with a deformed ear.

Mr Gault carries out a wide variety of aesthetic and reconstructive plastic surgery, with a special interest in the correction of failed plastic surgery. Approximately one third of his patients are men, one third women and one third children. He is a Visiting Professor and an international authority on lasers and ear deformity. 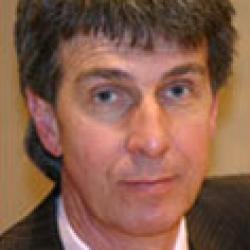 Need a GP referral?
Articles by Mr David Gault
An end to pinnaplasty