This article discusses the common types of growth and puberty disorders in children and adolescents. This will be of help to any parents, or children, who are concerned about rates of normal growth and puberty.

People come in all shapes and sizes, and in the majority of cases, children are the height they are, or start puberty at the age they do, for all the right reasons. However, in a minority of cases, children can be of excessively short (or tall) stature, or might show signs of starting puberty at an unexpected age. This is often linked to the behaviour of natural chemicals in the blood called hormones. If you are at all concerned about your child, you should seek the advice of your GP who will refer you to an endocrinologist, who specialises in hormones.

On average the physical change from childhood into adulthood occurs due to a rise in natural chemicals in the blood called hormones (oestrogen in girls and testosterone in boys). This rise in hormones usually occurs between the ages of 8 and 12 in girls and a bit later in boys (between ages 9-14). In girls the physical change of puberty begins with the appearance of breast buds, followed by pubic hair and then periods usually by age 13. In boys puberty begins with the testicles getting bigger; then the penis enlarges and finally pubic hair starts appearing. During puberty there is also a growth spurt, which is at its greatest at around age 13 in girls and 14 in boys. However, problems can develop if puberty occurs too early (‘precocious’) or too late (‘delayed’).

Early or ‘precocious’ puberty is when the physical changes of puberty start before aged 8 in a girl and 9 in a boy. In a girl this means the appearance of breast buds and then pubic hair and eventually early periods. In boys, testicular and then penile enlargement occurs followed by pubic hair appearance. This may be problematic as, in both girls and boys, early puberty will also be accompanied by a growth spurt. Whilst this growth spurt will result in your child being taller than their friends, which might seem a good thing, eventually they will stop growing sooner and may actually end up short as an adult. In addition, during this time, people often interact with the child as if they are older than they really are. Special and quite complicated hormone tests are often needed to confirm that puberty has genuinely started. If it has, treatment may be required to switch off the hormones in the blood that triggered puberty. This treatment, requiring injections to be given regularly (every 3-12 weeks) will stop or slow the rate of physical change and is continued until a more appropriate age for puberty to occur. After stopping the treatment, puberty tends to restart and progress at a normal rate.

It is important to tell the difference between ‘true’ early puberty and other conditions called premature thelarche (just breast development) and premature adrenarche (just pubic hair development), which are both milder conditions usually not requiring any treatment. However, telling this difference can sometimes be difficult and may require either long term follow-up or repeat detailed testing of the hormones involved. As treatment can be for a number of years and as the injections are painful, it is important that the correct diagnosis be made and that these assessments are undertaken by a specialist in this field.

For teenagers, delayed puberty can be upsetting due to their physical immaturity compared to friends of the same age. Delayed puberty can also mean that the teenager is actually more immature in how they think and feel than their peers. If there are no signs of puberty by around age 12 in girls or 14 in boys, then they should be assessed by a specialist paediatrician, as the problem can sometimes be due to the brain or the ovaries or testes not working properly. However the majority of cases are simply due to excessive delay and often no treatment is required. This is called constitutional delay in growth and puberty and can run in families. However some children do benefit from treatment for constitutional delay, which usually consists of giving testosterone to boys and oestrogen to girls to ‘kick start’ puberty, and in general, response is good. Testosterone is usually given by intramuscular injections and can be painful. Oestrogen is given by a daily tablet. For both, the length of treatment is variable but in most teenagers four to six months is all that is required. However response to treatment is sometimes inadequate, in which case detailed investigation and further courses of treatment will be needed. 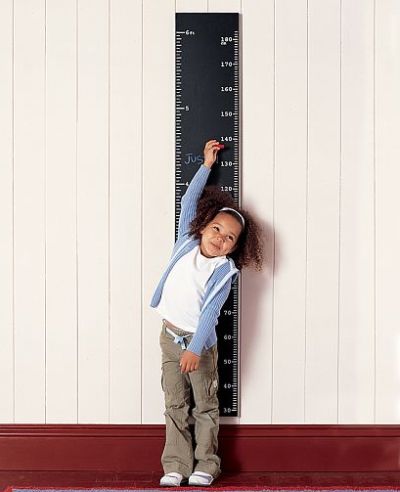 Growth is an important indicator of a child’s well-being. There are three main phases of growth during childhood and adolescence. Initially there is a period of rapid growth in the first one to two years after birth. This period of growth is mostly dependent on the amount of nutrition the child receives and their general well-being. This is followed by a slower period of growth during the childhood years of around 4-6 cm per year. This period of growth is again dependent on a child’s general well-being and also a chemical called growth hormone, which is produced by the pituitary gland in the brain. During adolescence, in addition to the effect of growth hormone, the puberty hormones (testosterone in a boy and oestrogen in a girl) cause a growth spurt to occur. This should result in a growth rate of over 8 cm per year. During the later puberty years, in addition to causing a growth spurt, the puberty hormones start the process of causing growth plates to close. This process will eventually result in complete closure of the growth plates and a final height being achieved. This is irreversible. The age at which this occurs is variable and dependent on when puberty starts, but is usually around age 15 in a girl and 16 in a boy. A child who may have a growth condition should be under the care of a growth specialist with training in interpreting information on growth to understand whether growth is excessively slow or excessively fast.

If your child is short but their height is within normal limits for your family and he or she is growing at a normal rate, then they are likely to be normal. This is called genetic or familial short stature. There is no effective treatment for familial short stature, although in USA, growth promoting treatment is widely used in an attempt to increase height. Most of the information on this shows that initial growth rate (cm per year) increases but the final height is not significantly improved. However there is good treatment for a number of other causes of poor growth. Growth Hormone Deficiency occurs when the body is unable to produce sufficient growth hormone for growth and usually becomes apparent from the second year of life onwards, when the growth rate slows to below 4-5 cm per year and the child crosses down centile lines on their growth chart in their red book. For this reason, where possible, it is important to keep this red book up to date and bring it to all appointments. The diagnosis of Growth Hormone Deficiency is difficult as it involves a number of steps. It is firstly necessary to gather information on the child’s growth rate over a number of months and to then undertake some simple initial tests to exclude other causes of poor growth. Following this, growth hormone levels will be measured after a stimulation test. This stimulation test involves a morning in a hospital specialising in growth. The child is injected with a chemical which stimulates the production of growth hormone from the brain and a blood sample is repeatedly taken from an intravenous cannula over a number of hours to measure how high the growth hormone levels go. If the initial result shows an abnormality, some specialist centres often repeat this stimulation test and undertake a special scan called an MRI of the pituitary gland in the brain. This is to help confirm the diagnosis. These detailed investigations are necessary as the diagnosis can be difficult to make and the treatment is lengthy and expensive.

Once the diagnosis of Growth Hormone Deficiency is made, treatment involves replacing growth hormone into the body by a daily injection under the skin for the whole of childhood. This results in catch-up growth initially and then a normal growth rate. The family will be taught how to give the injection. The treatment has some side-effects which require monitoring by a specialist in growth. Depending on the exact reason for the Growth Hormone Deficiency, a good final height can be achieved and the child often ends up with an adult height that is normal for his or her family.

A large number of other causes of poor growth exist that require specialist care and include Silver Russell Syndrome, Turners Syndrome, hypothyroidism, low birth weight syndromes and skeletal problems. An increasing number of treatment options exist that either accelerate growth and/or improve the final height. The success of these treatment options, in part, depends on the exact diagnosis.

The cause of tall stature in most children is most often simply due to having tall parents. This is referred to as constitutional or familial tall stature. Tall stature can cause problems, particularly at school as a child’s size can seem inappropriate for their classroom peers. Unfortunately, treatment to limit tall stature is generally unsuccessful, however by the late teenager years, most tall adolescents have learnt to accept their height and are otherwise happy and well adjusted. Occasionally tall stature may also be associated with various conditions that require specialist assessment, and these include chromosomal abnormalities and syndromes such as Marfan's syndrome and Soto's syndrome.

In this article I have summarised some of the medical conditions relating to puberty and growth that I deal with on a daily basis. My aim is to give a layman’s explanation of what normally happens during growth and puberty and the medical problems that may arise so that parents can educate and hopefully reassure themselves. If you are in any way concerned about your child’s development do discuss this with your GP so that further tests can be carried out where appropriate. 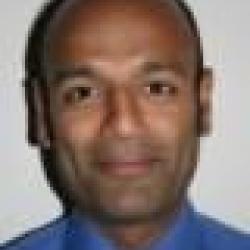 Early puberty: what are the signs?