Dr Pamela Mangat is currently a Consultant Rheumatologist at the Royal Free Hospital where she leads the Early Inflammatory Arthritis Service in close conjunction with Dr Huw Beynon and Dr Richard Stratton; this service helps to manage patients with inflammatory arthritis and all general rheumatological conditions. Dr Mangat maintains a keen interest in research relating to rheumatological conditions and has previously worked at the Bone and Joint Research Unit (William Harvey Institute), Barts and the London, and the Kennedy Institute of Rheumatology, Imperial College London.

Dr Mangat became a Member of the Royal College of Physicians of London and was awarded the Professor Ledingham prize for Renal Medicine in 2003. She was also awarded the British Society of Rheumatology Travelling Fellowship in 2006. During her specialist training in rheumatology, she worked at a number of centres of excellence including the St Bartholomew’s and the Royal London Hospital, the Royal Free Hospital, London and the Royal Adelaide Hospital in Australia. 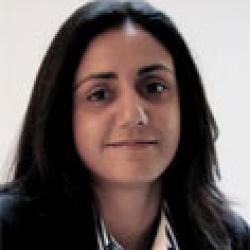