Multiple sclerosis (MS) is often diagnosed years after the first symptoms appear. The first phase of MS sometimes termed a 'prodrome', is associated with multiple visits to the doctor with symptoms of sensory dysfunction such as numbness or visual disturbances, caused by autoantibody nerve damage.

However, these complaints may not be a prodromal phase of MS and are in fact caused by active, ongoing disease. The implications of this are that the disease has therefore not yet been diagnosed, and so the patient is not receiving treatment.

According to a report from the University of Munich, for years prior to getting a confirmed diagnosis, those people with multiple sclerosis (MS) make significantly more visits to doctors and hospitals than others. Specialists have recently discussed whether these increased visits are due to a preliminary phase of MS – known as a prodrome. A research team have published results of a study suggesting that, in many cases, the complaints may relate to unrecognized early clinical MS events. The paper published in the journal Neurology - 'Systematic Assessment of Medical Diagnoses Preceding the First Diagnosis of Multiple Sclerosis'.

it is often difficult even for experienced doctors to interpret

MS is an autoimmune disease where the patient's own antibodies are raised to their own nerve cells. It has been known for many years that these antibodies can be detected in early phases of MS. The antibodies are present and detectable long before any symptoms of the disease become apparent. This means that it is possible to make an early diagnosis.

People suffering from multiple sclerosis can develop various neurological symptoms caused by the resulting damage to the nervous system. Especially in early stages, these may include sensory dysfunction such as numbness or visual disturbances. In most patients, MS starts with recurring episodes of neurological disability, called relapses or demyelinating events. These clinical events are followed by a partial or complete remission. Especially in the beginning, the symptoms vary widely, so that it is often difficult even for experienced doctors to interpret them correctly to arrive at a diagnosis of MS.

However, it has been evident for some time that patients with MS show significantly higher numbers of physician visits and hospital admissions even years before the first diagnosis as compared to normal rates. In recent years, specialists have seen this pre-diagnosis period as a possible prodromal phase of the disease - and therefore different to 'active' disease. 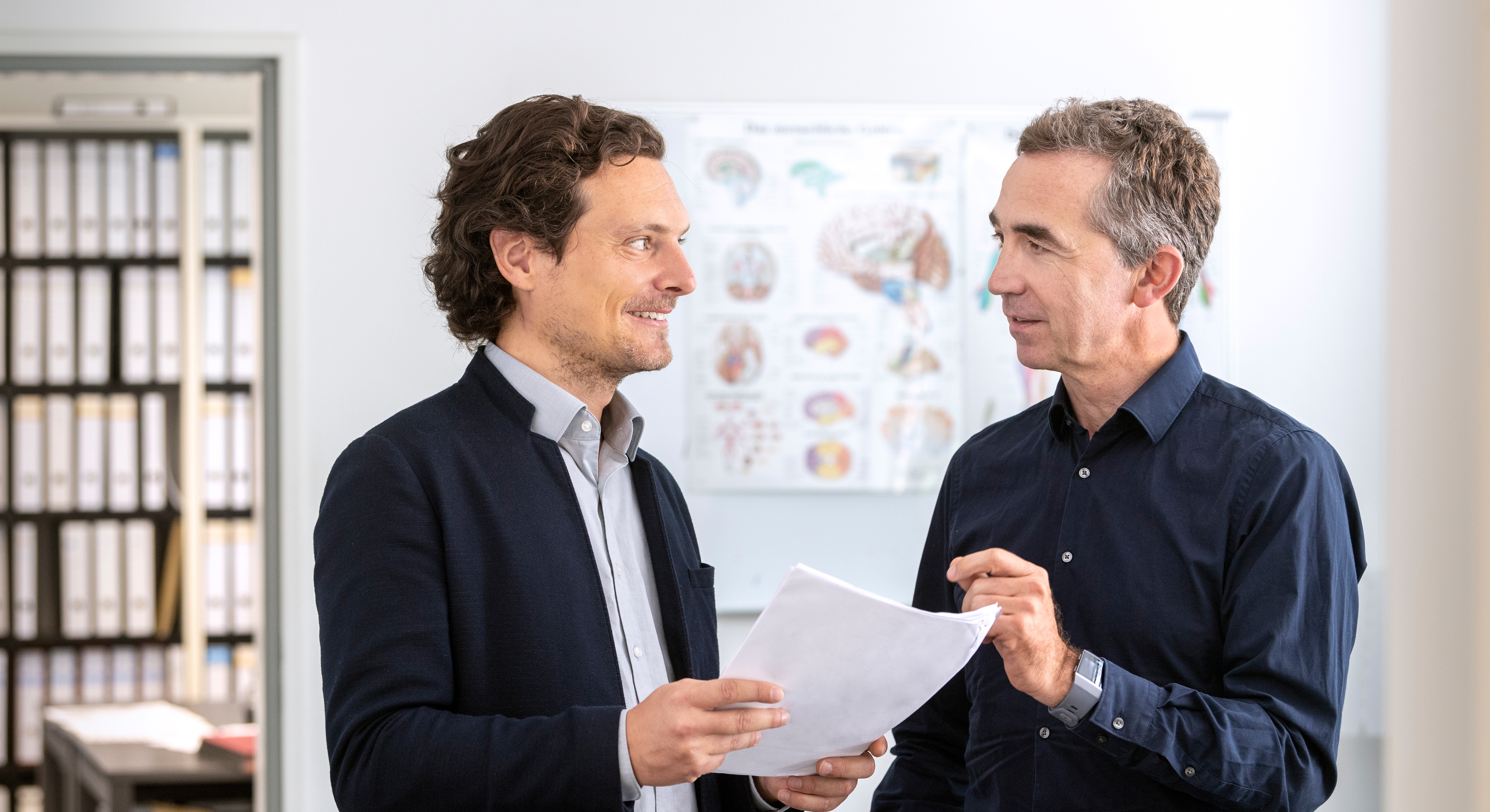 MS often begins far in advance of the diagnosis

A new study carried out by a team working with the neurologist Prof. Bernhard Hemmer (pictured) suggests that many complaints prior to diagnosis might not represent a prodromal phase. “Instead, we suspect that unrecognized MS relapses cause these individuals to seek medical attention,” says Prof. Hemmer. “That is because we have found that the physician appointments and hospital admissions frequently involved complaints indicating typical MS symptoms. We believe that many complaints that have been attributed to a prodromal phase are in fact caused by ongoing disease. We therefore believe that, although the disease has not yet been diagnosed, it is fully active and not in a preliminary or prodromal phase.”

Getting an earlier diagnosis

The results of the study could also open up possibilities to optimize MS treatment: “The sooner MS is recognized, the better we can treat the disease,” says first author Dr. Christiane Gasperi, a physician and researcher at the Neuro-Head Center at the TUM Klinikum. “We now need to take a closer look at which early symptoms of MS might be overlooked. This could allow us to recognize the disease at an earlier stage and thus enable earlier treatment initiation.”

Along with the more frequent complaints in the years before an MS diagnosis, the results of the study also showed that persons with MS were actually less likely to seek medical attention for upper respiratory tract infections. “This was unexpected, in view of the fact that MS relapses have sometimes been associated with infections,” says co-first author and Adjunct Teaching Professor Dr. Alexander Hapfelmeier of the TUM Institute of General Practice and Health Services Research.

“However, future studies will be needed to determine whether there is a causal link between MS and a degree of protection against certain infections, or whether the health data we analyzed reflect protective behavior adopted by persons with MS.”

An antibody directed against the body's own tissues, typically produced in autoimmune disorders

Combined imaging allows real-time insights into how the brain works

END_OF_DOCUMENT_TOKEN_TO_BE_REPLACED
Related articles
I have been diagnosed with dementia – what are the implications?