A small number of those people who have received the vaccine for COVID-19 have reported developing the nerve condition Bell’s palsy.

Bell's palsy affects the facial nerves and causes sudden weakness in the muscles, in turn causing half of the face to drop and become paralysed. Those affected can only smile on one side and are often unable to close one eye. 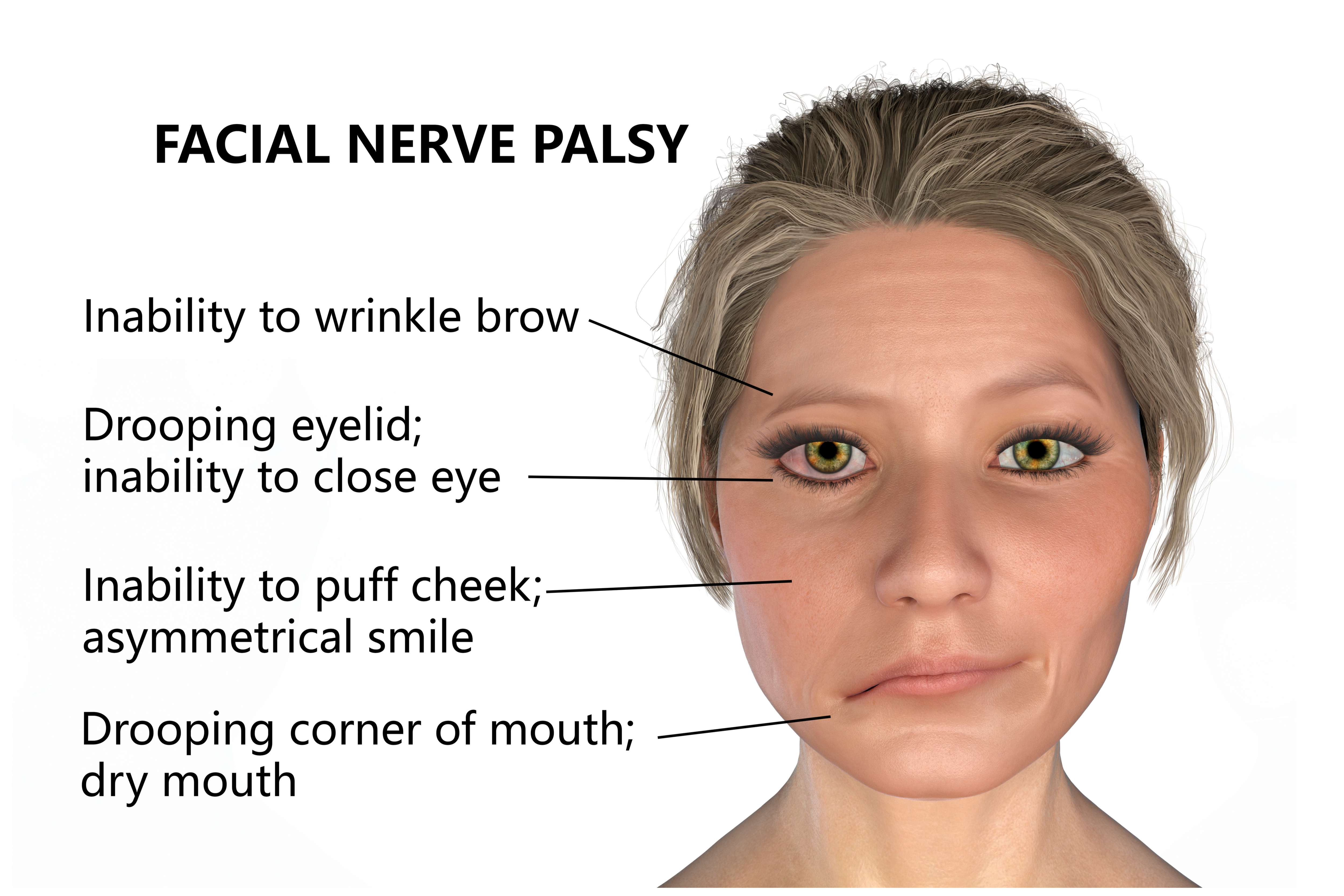 Either sex is affected equally and the condition can occur at any age, the median age is 40 years. Bell’s palsy usually affects one side of the face (unilateral), although occasionally it is bilateral.

It’s believed that Bell’s palsy is caused by an overreaction of the body's immune system, which leads to inflammation, or swelling, that damages a nerve controlling facial movement.

Herpes simplex virus, varicella zoster virus, and autoimmunity may contribute to the development of Bell's palsy, but the significance of these factors remains unclear.

Nicola Cirillo and Richard Dean writing in The Lancet stated: 'As of March 21, the Yellow Card-reported frequency of facial paralysis or paresis and facial nerve disorder after any dose was close to 23 per million with the Pfizer-BioNTech vaccine and 13 per million with the Oxford-AstraZeneca vaccine. Excluding reports of facial paralysis cross-listed with cerebrovascular accident, EudraVigilance data indicate a much higher frequency of facial paralysis after the Pfizer-BioNTech vaccine than after the Oxford-AstraZeneca vaccine (497 vs 56 cases or 13·6 vs 4·1 per million doses as of April 3). The risk of developing facial paralysis could be two to three times higher in individuals receiving mRNA vaccines than in those receiving traditional vaccines.'

See also Pfizer Vaccine linked to Bell's palsy - In an article in the journal BMJ Case Reports, Dr Abigail Burrows, of Royal Surrey County Hospital, described how a man experienced paralysis to the right side of his face five hours after the first jab.

Dr Burrows says, "The occurrence of the episodes immediately after each vaccine dose strongly suggests that the Bell's palsy was attributed to the Pfizer-BioNTech vaccine, although a causal relationship cannot be established".

How to diagnose Bell’s palsy

The symptoms of Bell’s palsy may be mistaken as a sign of a stroke. However, doctors can usually differentiate between the two conditions.

Bell’s palsy causes the forehead to be paralysed, giving a smooth appearance, as if the patient has been injected with Botox, even when attempting to raise an eyebrow. If a stroke is occurring, the forehead will wrinkle as usual. It’s essential to seek medical advice. to ensure any facial droop is not the sign of a more serious condition.

Symptoms of Bell’s Palsy include:

How to treat Bell’s palsy

The steroid treatment prednisolone has been shown to be effective in shortening the amount of time Bell’s palsy is active, if it is taken in the first 72 hours.

As the ability to blink is impaired, this means they eye does not get enough natural lubrication. The eye should be frequently lubricated by using preservative-free eye drops during the day and ointment at night. If the eye cannot close at night, the eye should be taped closed before sleep.

Antiviral treatment has limited evidence for effectiveness, but may be prescribed in some cases

Although Bells palsy isn’t life threatening and most patients will recover well, it is important to seek treatment – and not just to rule out other medical conditions. It is essential that patients get advice on how to protect the eye, as the cornea can dry out causing permanent damage.

According to Charles Nduka, Consultant Plastic Surgeon and Chief Executive of Facial Palsy UK: ‘Studies have shown that about a third of untreated Bell’s palsy patients will suffer long-term problems including facial disfigurement, facial spasms and chronic pain.'

END_OF_DOCUMENT_TOKEN_TO_BE_REPLACED
Related articles
I have been diagnosed with dementia – what are the implications?