Ebola or Coronavirus - the maths is similar

International success story in dealing with the corona pandemic

Research lead, Prof Stefan Thurner, in the department of Science of Complex Systems at the Medical University of Vienna, is a member of the 'corona prognosis consortium' of the Ministry of Health. The consortium’s models are the basis for the measures taken by the Federal Government to contain the corona pandemic in Austria. Thurner's model calculations use methods from basic research projects that have suddenly gained unexpected relevance especially on forecasting the effects of the worst pandemic since the Spanish flu in Austria.

These forecasts are important as the models are used by politicians to inform management strategies and policy. In the UK, Imperial College's Prof Neil "bring out your dead" Ferguson's forecasts were used to inform decision making - and the public of the likely dangers. However, when other scientists have tried to replicate Ferguson's findings using the same model, they have repeatedly failed to do so. To add insult to injury, Ferguson was then caught entertaining a lady at his home in breach of the social distancing policy he had helped advise on. 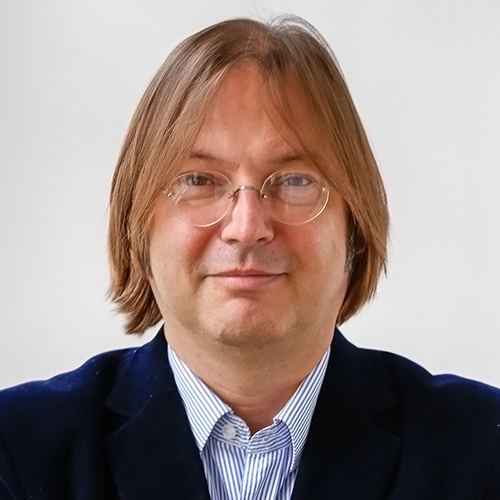 In contrast, Prof Thurner (pictured) was named Austria's Scientist of the Year 2017. His research has a focus on complex systems. His models investigate epidemics in networks of people. Thurner's team chose an unusual approach, taking into account that people change their social behaviour when they are confronted with people who are ill. This had never been done before. “We didn’t know then, but we actually hit the nail on the head with our approach,” says Stefan Thurner. "We had developed a model for self-directed social distancing.”

“We didn't approach this in the same way as everyone else did, but assumed that along with infection numbers there would also be a change in social networking. For instance, someone will not meet their friends if they know they're infected.” These are precisely the mechanisms that are relevant right now.

Social network mutability makes the situation complex and thus particularly interesting to Thurner. Systems of that kind are strongly “non-linear”, as mathematicians would put it, and tend to behave chaotically – a characteristic they have in common with meteorological models or simulations of the financial market. Small changes in the parameters can have big effects, similar to the proverbial beating of a butterfly’s wing that can trigger a hurricane.

We had Ebola in mind

Thurner and his team were actually able to identify parameters that could warn of such a collapse. “We weren't thinking about coronaviruses at the time, if anything we had Ebola in mind," Thurner says, but notes that the mathematics is very similar. Relying on these and similar models, Turner's group is able to make accurate predictions of infection rates one to two weeks into the future.

Thurner’s basic research project, which provided the basis for this approach, produced yet another result of current relevance that was recently published in the journal Nature Scientific Reports. Thurner and his colleagues focused on economic cycles, for instance in the food sector. During the current crisis, a disruption of supply has become a scenario that needs to be taken seriously. By way of example Thurner points to the collapse of the meat-processing sector in the USA, where a quarter of the meat supply is suddenly missing. Weaknesses in supply systems that eventually lead to a breakdown could often only be identified when it was already too late. Early warning systems are needed in this context as well, but so far the network still needs to be well understood.

Where biology, maths and economics meet

Turner's team has now succeeded in proving a general mathematical theorem that enables the early detection of system weaknesses. This works even if only the network nodes – such as the properties of the production plants – are known, but not their relationships to each other. The astonishing result is that certain variables in the system suddenly become “quantized”, i.e. they can only take values that are integer multiples of each other. In concrete terms, this would mean that observing the revenues of supply chains can provide indications of their vulnerability: if the revenues of one company are suddenly twice or three times those of another, this is a sign that only one single functioning economic cycle is protecting the system from collapse. The bottleneck could then be identified and protected in good time.

Evaluating the effectiveness of the model via error estimation

Thurner points out that this work differs from models as they have been commonly used over the past ten years. The latter, so-called agent-based models, were often not designed to depict real-world processes in a truly realistic manner. By now, researchers can feed such models with realistic input data – “calibrating” them, in a way – and are thus able to evaluate how well they reflect reality.

Thurner underlines that accurate error estimation is crucial, and that also applies when it comes to making forecasts for the corona pandemic. “Solving differential equations is no longer the problem today, computers will do that for you. In principle, anyone can download the equations to simulate epidemics, insert the parameters and get predictions,” says Thurner. The knack lies in calibrating these equations correctly and estimating errors.

“Doing that can be very time-consuming. Here’s where the real work starts, and very few people do that because it's really difficult and requires detailed knowledge from a range of disciplines.” But, as Thurner specifies, this is the only way to arrive at realistic error estimation.

The teams of scientists are under unusual pressure these days, even though the first wave of infection in Austria has been overcome. Simulations which are normally developed over years, and which are subject to strict quality control through the peer review process prior to publication, now have to be carried out in a short period of time and may have a major impact. For the time being, notes the researcher, this has worked out well: “The things which we knew we could calculate in a way that made sense have actually been corroborated by reality to a very good level of precision.” The science journal Nature described the work of the team from the Complexity Science Hub Vienna, of which Thurner is the head, as an international success story in dealing with the corona pandemic.

Stefan Thurner, a physicist and economist, conducts research at the Medical University of Vienna. He is the head of the Complexity Science Hub Vienna (CSH) and was named Austria's Scientist of the Year in 2017. Originally rooted in theoretical elementary particle physics, his research now focuses on complex systems in medicine, economics, biology and finance.

Could mouthwash help protect against COVID-19?

Asthma patients are not at greater risk from COVID-19

The science of political coercion?

Loneliness and the elderly in the time of coronavirus