Denise Welch works as an actress and author. She has been reported as saying that her marriage was nearly ruined because of her mental illness and depression. With the help of her former Coronation Street co-star Kevin Kennedy, she attended Alcoholics Anonymous and suggests this helped her end her dependency on alcohol. In April 2010, her autobiography Pulling Myself Together was published, in which she describes how she overcame her problems with alcohol, drugs and depression.

In her most recent book, The Unwelcome Visitor, Denise Welch describes her experiences and in particular, how treating symptoms of the menopause appropriately made such a big difference. 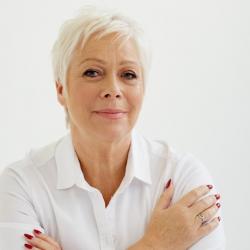