Caroline works to promote awareness around fertility related depression and menstrual psychosis. She helps with research into the causes of hormone related depression. She is author of the book, I Blame the Hormones.

The 42 year old mother of three boys lives in a Surrey village with her husband, children and Maggie the dog. During her late teens she worked as an auxiliary nurse, sometimes in a nursing home environment, but also in hospitals where she specialised in palliative care. Later in early twenties she travelled extensively throughout Spain and eventually settled in the Canary Islands.

Caroline struggled with depressive episodes all of her life and received various diagnoses including Bipolar and sometimes even Schizophrenia. Once her children were born this escalated and she returned to England as a single parent and a worsening condition and began to research her symptoms with startling results. 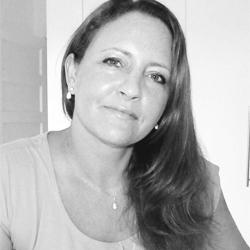