Vasectomy and Vasectomy Reversal
This article discusses vasectomy, and the more complicated procedure of a vasectomy reversal. This will be of interest to any man who has had a vasectomy but has now decided to try for a baby using natural methods.

What is a vasectomy?

A vasectomy is intended to be a permanent form of contraception for men.The procedure involves cutting and tying off the vas deferens of the man to prevent sperm from the testes exiting the urethra during ejaculation.

The procedure is simple and can be performed under a local or general anaesthetic. The failure rate is approximately one in every 1000–1500 cases and it is not immediately effective.

Whilst a vasectomy is a relatively straightforward procedure that is usually performed in a medical clinic, a successful reversal is much harder to achieve.

Why have a vasectomy reversal?

Having previously had a vasectomy a man is no longer able to have children. However, sometimes for a variety of reasons men who have undergone a vasectomy decide that they want to have a child. To conceive naturally following a vasectomy, the best method is to have a vasectomy reversal. Other options include sperm retrieval and Intra Cytoplasmic Sperm Injection (ICSI), sperm donation or adoption.

What is a vasectomy reversal?

A vasectomy reversal involves joining the previously cut ends of the vas deferens back together. The procedure is performed under a general anaesthetic and takes approximately two hours (although this will vary depending on the complexity of individual cases). The surgeon is attempting to join the tubes in the most appropriate place to allow sperm to travel through again.

What does the procedure involve?

Before the operation the man must not eat or drink for the six hours prior to surgery. Following anaesthetic, the surgeon will open the scrotum in order to access the area of the testes and vas deferens. The tubes will be joined using magnification and several very fine stitches will be placed on either side of the tubes.

The wound will be closed with dissolvable stitches and a dressing will be applied to the wound.

Following the operation the patient will wake up in a recovery area and be taken to a ward once fully awake. Patients can be given fluids immediately after surgery but may receive intravenous fluids through a drip into the arm. Food can be consumed soon after fluids have been taken.

Once the man is comfortable enough to be walking and has passed urine he is able to go home.

Before undergoing surgery the operation should be discussed with the surgeon or andrologist who will be performing the procedure. A general medical and urine sample will be taken to ensure there are no infections and that the patient is sufficiently well to undergo surgery. Patients are requested to bring in a list of medicines currently taken, this is especially important if the drugs include blood thinners. If medication is taken to thin the blood this may need to be altered in the days preceding the operation and during the stay in hospital.

A consent form will need to be signed before undergoing a vasectomy reversal and consent may be withdrawn at any time.

The dressing applied to the wound may be removed before leaving the hospital, although if this is not the case, it should be removed 24 hours after the surgery. A scrotal support will need to be worn for at least two weeks following the operation.

It is advisable to stay off work for two weeks following the operation.

Risks and side effects

Four months after the reversal has taken place a semen sample should be submitted to the hospital or GP to check for sperm. In 35% of cases a vasectomy reversal results in a successful pregnancy.

The procedure can be repeated in cases where the initial surgery fails. The risks are greater but only mildly so. It is usually best practice to have sperm retrieved surgically at the second sitting. This can be frozen and used for IVF if the second procedure fails. 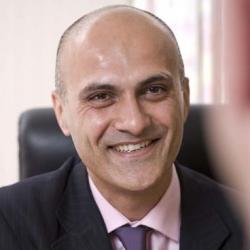