Vitamin D
This article discusses the importance of vitamin D and will be of interest to anyone who would like to know what their current vitamin levels are and how they can take in more vitamin D to improve their defence against disease.

The UK government’s SunSmart policy of sun avoidance attempts to reduce the steady rise in melanoma but is depriving people of a natural source of vitamin D. Research shows that three quarters of the population has borderline vitamin D deficiency during winter and spring and that the elderly and immobile are dangerously deficient all year round. Reduction of bone disease, stimulation of the immune system and protection against cancer are some of the benefits of adequate vitamin D status. Improving vitamin D status would improve bone disease and muscle weakness in the elderly thereby reducing the very costly consequences of slips and falls in this group. A national program of vitamin D screening and supplementation in the over 60s would almost certainly pay for itself in the long term.

Vitamin D deficiency is a direct cause of bone disease i.e. rickets in the growing infant and osteomalacia (softening and weakening of the bones) in adults leading to dental decay and osteoporosis with spinal collapse in the elderly population. Deficiency also causes muscle weakness which when combined with bone disease is probably a significant contributing factor to slips and falls in the elderly.

Vitamin D deficiency has also been implicated as a contributory cause in a number of nervous system diseases such as MS, depression, autism and schizophrenia. Low levels of sunlight in the winter causing vitamin D insufficiency in the majority and dangerously low levels in a minority further contributes to heart disease, raised blood pressure, infertility in the form of polycystic ovary disease, seasonal infections such as flu. Perhaps most significantly low levels of vitamin D has been conclusively linked to preventing some cancers. There are over a dozen types of cancers including bowel, breast and prostate which could possibly be reduced in prevalence if we protected ourselves by boosting our vitamin D levels.

Understanding the role of vitamin D

The rise of rickets in children, (i.e. the inability to mineralise and harden growing bones), coincided with industrialisation and migration from country to city in the UK during the 18th and 19th centuries and was a direct result of vitamin D deficiency. German scientists first discovered the beneficial effect of cod liver oil early in the 18th century but the idea that a food was able to cure a disease or even that sunshine was able to do the same was an alien concept. It was not appreciated until 1920 when experiments showed that dogs raised in the dark and then fed cod liver oil reversed their rickets. This introduced the notion that “the action of fats in rickets is due to a vitamin or accessory food factor”. In the following year a paediatrician in New York published his observation that children who were ricketic enough to be hospitalised apparently improved within 3 months by following a regime of regular sun exposure on the hospital roof. In 1923, experiments with rats confirmed that vitamin D was produced by the action of sunlight in skin.

In 1930 the steroid structure of vitamin D was determined and knowledge about vitamin D accelerated during the 30s.The 40s saw the utilisation of these discoveries when the US decided to fortify some foods with vitamin D2 namely peanut butter, hot dogs and Schlitz beer. However, the early 50s saw many cases of vitamin D toxicity and hypercalcaemia, (abnormally high level of calcium in the blood) due to the poor regulation of food manufacturing in the US and the haphazard addition of vitamin D to food. Europe and the UK reacted by banning all food fortification and this prevailed in the UK which now only fortifies margarine. 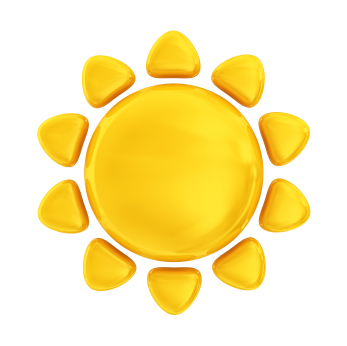 The production of vitamin D in the skin is dependent on latitude so there is a marked seasonal variation in the strength and duration of sunshine which in turn leads to a marked seasonal variation in blood levels of vitamin D. The latitude of the UK is  54 0  N which means that during the winter and spring months the sunlight is not strong enough to enable the manufacture of vitamin D so typically vitamin D levels are deficient or insufficient to maintain health in humans. We therefore rely on accumulated fat deposits of vitamin D over winter or dietary supplements to maintain an adequate blood level. As sunlight is the most important source of vitamin D in the UK, it will also be reduced by skin pigmentation and the use of sun blocks. Ageing is also a predisposing negative factor as skin conversion efficiency reduces with age. People with dark skins, the elderly immobile population and people who cover up for religious reasons need much more sunlight exposure to achieve the same dose as the fairer skinned mobile population.

About 90% of circulating vitamin D is derived from the action of the UVB component of sunlight on the skin. The remaining 10% of circulating Vitamin D is derived from dietary sources, which  include margarine, some breakfast cereals and liver but oily fish are particularly rich (mackerel, herring, sardines, salmon and fresh, not tinned tuna), whilst eggs, butter, beef and vegetable oils are a relatively poor source.

The kidney acts as the primary control mechanism for the action of vitamin D at the cellular level, however, excess skin production and subsequent fat deposition of vitamin D may be an important initial controlling factor to prevent vitamin D intoxication.

Skin cancer and the link with excessive sunshine exposure is currently a contentious issue as the incidence and mortality from melanoma in the UK has increased significantly during the last 15-20 years. In response, the Department of Health together with Cancer Research UK have formulated a SunSmart programme to make the public aware of the increased risk of melanoma1. Excessive sun exposure, particularly in childhood, has been targeted as the main cause of melanoma in predisposed groups of fair or freckled skinned types. The policy was adapted from the Australian model and advises avoidance of UV sun exposure by use of sun blocks and covering up. This advice claims to have reduced the incidence of sunburn and slowed the rise in skin cancer deaths in the UK. However SunSmart unfortunately does not make any mention of the benefits of sensible non-burning sun exposure which boosts vitamin D and may actually act to protect against skin cancer. The major risk factors for skin cancer are fair skin, blue eyes and freckles as these lead to a tendency to burn rather than tan causing pain and peeling.

Analysis of 16 different controlled studies investigated the epidemiological (occurrence and distribution of disease) association between melanoma and sunburn from Australia, Europe and North America2. Significantly increased risk was associated with childhood sunburn in three studies whilst five other studies showed that the risk of melanoma for people reporting frequent sunburns throughout life was increased two to threefold. The overall conclusion however, was that the evidence to support the commonly held belief that there was a relationship between sunburn in childhood and the subsequent risk of melanoma in later life was weakly linked but it was far outweighed by the eight other studies which showed only a modest increase in risk of melanoma from sun exposure. The study also suggested that anti-melanoma campaigns should target irresponsible episodic exposure to strong sunlight and in preventing sunburn particularly when holidaying in more southerly latitudes such as the Mediterranean where the solar UV spectrum at noon comprises 5% harmful UVB and 95% weaker UVA radiation3.

There is a significant association between melanoma and latitude in the US and Australia but this is less clear in the UK which although suggesting a north-south gradient is not significant whereas,  surprisingly, there is a significant inverse correlation between melanoma prevalence and extent of  deprivation or affluence. In addition, three out of the four types of melanoma occur in young people and most commonly on covered body sites whilst only the fourth type, tends to occur on exposed skin and then more in the elderly on the face.

A further important lifestyle factor is the increasing use of sunbeds and sunlamps particularly in Northern Europe and the USA but surprisingly also in sunny countries such as Australia. In the early 1990s, the International Agency for Research on Cancer reclassified the UVA part of the solar spectrum as “probably carcinogenic to humans” adding this to the known carcinogenic properties of UVB. This was endorsed by the US National Toxicology Program in 2002 when it concluded that chronic exposure to high UVB doses was to be considered the main environmental cause of skin cancer. The increased radiation strength of tanning equipment can exceed the UVB intensity of midday coastal Mediterranean sun by a factor of 10-15 times.

What do blood levels of vitamin D tell us: is there a measurable vitamin D health threshold?

Clinical studies have found that most children in the UK have less than optimum blood levels of vitamin D with throughout the year, with just sufficient (or replete) average summer levels that do not  allow accumulation for the winter shortages. This means that about a third to a half of children are permanently deficient and running the increased risk of the diseases caused by vitamin D deficiency.

In summary, strong scientific evidence has emerged over the last 15 years of the beneficial health effects of vitamin D in many areas ranging from bone integrity and muscle strength to immune boosting and protection against cancer. The evidence has clearly demonstrated the all round beneficial effects of maintaining a minimum blood level of vitamin D at the end of the summer when levels are at their highest. This minimum level or threshold level is needed to prevent the vitamin D levels falling significantly during the winter period when sunshine production is almost non existent at UK latitudes. Ensuring the necessary threshold without supplements can be achieved by a sensible non-burning approach to sunbathing or if this is not practical then by the use of vitamin D supplements between the months of October and March.

The incidence of melanoma is steadily increasing worldwide and Australia is not immune despite its considerable SunSmart prevention program. However, like many Government campaigns, just “saying no” to sunshine exposure is neither sensible nor healthy. Lifestyle and fashion pressures to look tanned and appealing are unavoidably everywhere so a measured approach to sensible sun exposure is required. The Danish approach of stripping off in designated public parks may not be to everyone’s taste but the evidence clearly shows that a few hours of sun exposure spread over the week is enough to maintain threshold vitamin D levels. The same health benefits can be obtained through a bottle of vitamin D but why not utilise our greatest free asset?

If you are interested in finding out your own vitamin D levels, please contact the laboratory via this simple online form. 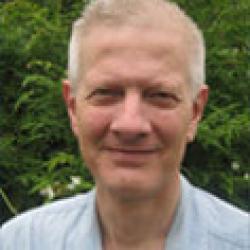 10 signs which may reveal a nutritional deficiency

The importance of vitamin D

Lack of Vitamin D is allowing Rickets to return