Concerns over covert tracking of citizens

A British cyber security company has raised a number of, "serious and major flaws in the proposed bluetooth 'proximity apps'" that are current being reviewed as a method to control movement and prevent further COVID 19 viral exposure. The company, VSTE claim that the use of Bluetooth and proximity apps alone, will lead to a series of major issues including the following: 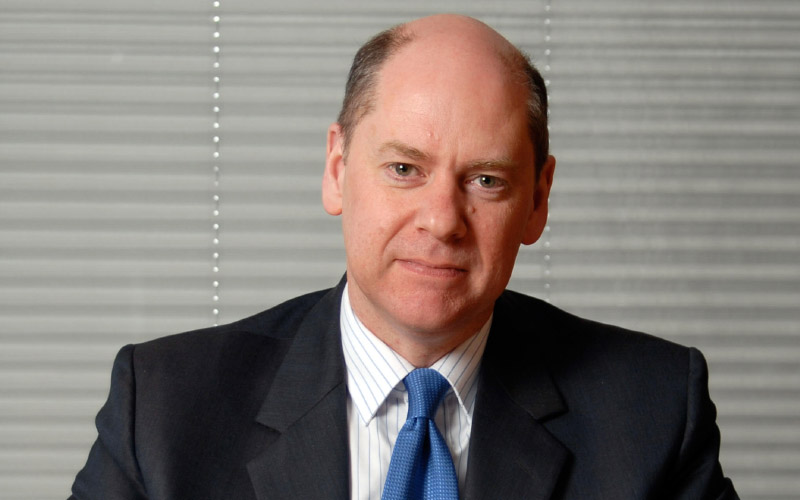 These and other concerns are broadly shared and even the former head of Mi5, Lord Jonathon Evans has stated his concerns over the issues surrounding privacy and tracking the movements of all UK citizens. He has warned that adopting measures to track our movements would provoke a human rights backlash on privacy grounds.

However, archetypal thinking is nonetheless currently directed at the need for control via people movement tracking in order to implement 'recovidery' policies.

Starting with the £24 Billion UK Sports economy, VSTE instead plan to provide a unique digital health passport. The company say that they are also engaged, "actively in dialogue with the UK Government and with other key stakeholders". The CEO is pointing out that there are many issues around real time tracking, GPS data mapping which will naturally create anxiety amongst the population. He says, "Throw into the mix, issues surrounding privacy and the State or big corporates having access will create further panic and concern". He goes on to say,

“The public have always been nervous around a Government or a big corporate knowing their ‘real-time’ whereabouts or ‘real-time’ daily travel activity. Given that most major corporates are renowned for selling advertisements or push ‘suggestions’ based on device voice recordings and geo sensitive insights, only heightens anxiety when you could now add a health data set.

The proposition of having a health app that is ‘opt-in’ and filled with self-diagnosed triage information is mostly worthless to society. More anxiety and discrimination will come from wondering who is being honest and who even has the app on their phones.”

Only 79% of adults over 18 have a smart phone in the UK and under 18’s may not have a smart phone either. This means the real-time information data cannot be captured for those without the app, leaving a major hole in the data set. In other countries, it is reported that 1 in 6 smart-phone users have opted in to this style of app.

The company reports that the VSTE passport approach provides a more pragmatic solution. The passport can be interacted with by scanning outside of the recommended 2m zone, so keeping everyone safe. Their platform does not track real-time data of proximity app users, It only records location data for where they have scanned or have been scanned. The Government or health care professionals will see interaction data from scans and will gain a much more accurate data set between those who have come into contact with each other and those who are in their different stages of their traffic light journey.  Non-smartphone users can also display an image of their status.

cause more people to mingle

On the issue and concerns on the Policing of data Louis-James Davis added; “With the pandemic causing so many deaths, it is worrying that the Government would think about backing an app that is self opt-in and self updating purely for the fact it could be and most definitely will be abused. The app may install a false sense of hope and may cause more people to mingle. They won’t know that they are infected until they show symptoms which is no better than not having the app in the first place.”

If a digital health passport is in action and mandated the Government can gradually ease the population back into daily life in a staged and tiered process. Those in essential services such as critical care and health workers first, followed by other blue light emergency services and then logistics, utilities and key infrastructure, banking and finance. Testing and heath care passports can be managed through the NHS or relevant health care providers.

The health passport carriers would find comfort that this has been administered formally by a health professional. People are notified they are allowed to resume a semi-normal daily life after their passport is granted in line with Government guidelines while maintaining their safe distance, which is facilitated by an easy to use technology that offers speed, convenience and safety.

Commenting on the data reliance by the population and Government which could see a false flag /bad actor attack scenario the company CEO, Louis-James Davis says; “If a tracking app is opt-in, this is just another set of data to throw in the mix with the current demand on the NHS from their true ‘evidenced data’. All of the symptom data population to these apps are voluntary. The app notifies those who have been in contact with those who ‘state’ they are showing symptoms that they may be infected.

If a person states that they are fine or doesn’t populate they are infected because they are too ill, then the system is flawed. Equally if a ‘Bad Actor’ comes into contact with a lot of people e.g a large gathering at an event, there is nothing to stop them false flagging that they are now infected and pushing false information to thousands of other people who attended or have been in proximity to them. This then raises anxiety and fears causing mass panic, vital resources can then be put under pressure just because of bad data.”

To combat this all of the information is populated by a Doctor or health care professional after ongoing tests. Both health care professionals and the public can see different information from a scan based on their security credentials. A member of the public will only be able to check their own code and scan others to be satisfied with a ‘top level’ red, amber, green traffic light indicator (accompanied by an identifying credential including Name and Photo). Symptom updates can be requested by push notifications and sent directly to the smart device dashboard of the health care professional. Push notifications can also be designed to go out to the public when it is time to book in their next test or if the Government want to issue new guidelines.

The issues surrounding a hack and the manipulation of data from a Rogue State is also a major security issue and concern, given all of what we know about the interference with election results. Such manipulation by a rogue state could further damage the country with the perceived threat of a second or third wave of the virus thus forcing the country into tough lockdown measures again and creating economic hardship.

Louis James Davis says; “The tracing app is vulnerable to an attack every 24 hours once the daily keys are put into play. Although this is difficult, it is not impossible to work this back to user data. Each phone or smart device handset are themselves subject to a wider brute force attack using Bluetooth hacks and malware. A rogue state could hack handsets of un-suspecting users and remotely manipulate or update their voluntary contribution to the system… creating negative effects to any Government or health service relying on the data. If the high level information ‘stats’ were disclosed to the public or the media, then this could have a massive impact on a countries economic wellbeing as financiers would model economic trends associated with the health data based on the last quarters bailouts and cost.”

So, VSTE can lockdown the creation of codes and/or scanning of codes to a certain location (within 5m). This means a Doctor or health care professional can only assign a test to a digital health passport once they are in their place of designated practice. This code creation is also subject to other things such as time, device type etc.

Both the doctor, the patient and the test are subject to three different VCode’s® with three different multi-layered security protocols making it ultra secure (all of which are stored and encrypted separately).

As a Virtual Private Network can only change an IP address to a certain city (not to the building), false data inputs to this system would need to be created as if it were real, in person with all of the right security protocols. This would mean that all of the people in the creation of the passport would become the bad actor.

Combining the passport with testing kits

The groundbreaking, patent protected VCode® and VPlatform® technology which powers the ‘V-COVID ™’ digital health passport works as a secure digital passport within a scannable app. The technology can be integrated into existing sporting and healthcare apps using the software development kit but will also be rolled out alongside Corona Virus (Covid-19) testing kits.

VCode® and VPlatform® the operating technology which powers ‘V-COVID™’ digital health passport represents the gold standard and next generation of code scanning technology – an evolutionary step forward from traditional barcodes and QR Codes. Using military grade encryption it has over 2.2 Quintillion variations of codes. The codes become ultra-secure as user login, time, facial recognition, touch ID, geo-fences, handset brand and number of scans are just some of the factors that change what information the VCode® links to at the point of scanning.

VCode® in its own right has an infinite range of applications and capabilities from secure identification and ID, to geo location and geo fencing, asset tracking, authentication and permission based authorisations. It's unique technology means that the ‘V-COVID ™’ digital health passport can also be used for the same validation and authentication process to be used in tests for other viruses such as Ebola, Sars and Mers. It will also help strategically to ensure that with regular updates and testing there is a reduced chance of a second wave of Corona Virus infections.

VSTE is currently using the same technology to work with the UNITED NATIONS as part of their SDG Collaboratory (Sustainable Development Goals) program - to provide a wide range of technology services to 9 Billion people by 2030 and which will be announced in the coming weeks.

Is it the menopause or Long Covid? Middle-aged women suffer post-viral symptoms

Increasing concern over whether the COVID-19 vaccines are safe

COVID is nothing compared to the challenge of climate change

Is lockdown and the COVID-19 response just a dress rehearsal?

Is this face mask the gamechanger we have been waiting for?