Students urged to get meningitis vaccination 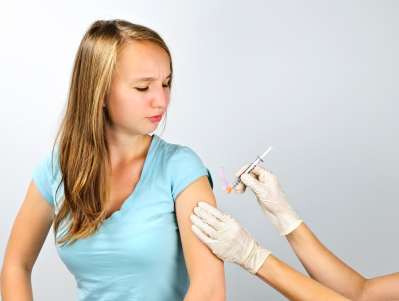 Young people starting university or college this autumn are being urged to get a vaccine against meningitis. It protects against the A, C, Y and W strains of the disease, all forms that can cause death or disability.

However, health experts are particularly concerned about "a highly aggressive strain" of meningitis W bacteria, which is on the rise.

The vaccine, which is known as the Men ACWY vaccine, was first introduced for new university students in the UK last year. Health officials say new students are at risk as they often mix closely with groups of unfamiliar people, some of whom may unknowingly carry the bug.

In 2009 22 people in England contracted meningitis W compared with almost 200 people in the last 12 months. Meningitis W infection is fatal in one in 10 cases and can lead to long-term health problems including deafness, epilepsy and amputations.

GPs in England are inviting 17 and 18-year-olds to come for the vaccine. First-time students under the age of 25 are eligible too. People who missed out on the jab last year should also see their doctor.

Dr Mary Ramsay, from Public Health England, said students needed to remain vigilant to signs of the disease. She added: "Protecting young people from this potentially deadly disease as they embark upon one of the most important periods of their lives is vitally important.

Vaccination will save lives

"The vaccination will save lives and prevent lifelong devastating disability."

Meanwhile Liz Brown, at the charity Meningitis Now, said people must not get complacent about the threat of meningitis.

She added: "Up to a quarter of students carry the bacteria that can cause meningitis compared to one in 10 of the general population.

"In the UK, every university could experience at least one case of meningitis amongst its students within the first term."

Although students are the focus of the campaign, other young people are also strongly advised to get the jab, whether they are planning on attending university or college or not. The vaccine is also being rolled out for younger teenagers at school across the UK.

Meningitis is an infection of the meninges, the membranes that surround the brain and spinal cord. Meningococcal bacteria are common and carried harmlessly in the nose or throat by about one in 10 people and they are passed on through close contact. Symptoms of meningitis include a high fever with cold hands and feet, agitation, confusion, vomiting and headaches. People experiencing the symptoms should not wait for a rash to develop before seeking medical help.